It was all smiles and high fives as Futurity First opened their new Green Bay branch office on the first floor of the Green Bay Chamber Building this week. The new branch, in downtown Green Bay’s Broadway District, is the latest new office as Futurity First expands their footprint across the country. Smet Construction, which built and owns part of the building, was the construction manager on the project.

Futurity First is a nationwide insurance organization specializing in the financial security and retirement needs of seniors, pre-retirees, families and businesses.

Futurity First’s branch manager, Kristin Alfheim, referred to changes in the insurance industry as similar to the changes in downtown Green Bay.  Alfheim said, “I believe Futurity First and Green Bay have much in common. Both are creating something new and exciting about our industries and buildings that have been around for some time.”

Alfheim praised the Smet team for it’s up front design work and singled out Smet employees Steve Payant and Jim Hebel for their hard work in completing the project early and within budget. “Steve and Jim did a great job. Anytime we made a change or ran into a glitch, they called me down to consult. They were great to work with!”

The Green Bay Chamber Building, at 300 N Broadway, is a class A office building, housing several professional legal, insurance, and financial firms. It was an early catalyst of the on-going redevelopment effort underway in downtown Green Bay, WI. 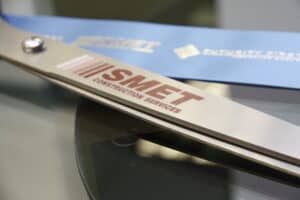