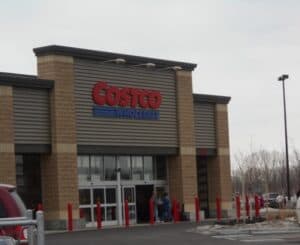 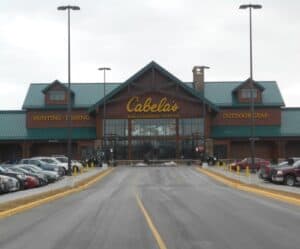 National retailers are discovering the strength of the Green Bay market as several new retailers have put down roots. Gordman’s, Costco, and Cabela’s have all opened shiny new stores packed with inventory for Green Bay shoppers. Plus, area brokers report activity by others such as Mejers and Fresh Market visiting the area with several sites under consideration.

Recently, Smet company officials attended the International Council of Shopping Centers (ICSC) Chicago Spring Tradeshow where retailers and municipalities had a chance to show off their current projects. Naturally we talked about the good things going on in Green Bay.

One of the stereotypes people have about Green Bay is that of the “Frozen Tundra” images from the famous 1967 “ICE Bowl” Championship game between the Green Bay Packers and the Dallas Cowboys. Big white clouds of breath streamed from the noses of bundled up freezing fans in minus 13 below weather as the Packers wrestled on ice with the Cowboys. Fans and players fought back frostbite and metal whistles froze on the referee’s lips causing them to bleed. Frank Gifford, an announcer who called the game for CBS, said on air: “I’m going to take a bite of my coffee!” Bart Starr finally won the game for the Packers (21-17) in the last 16 seconds with a quarterback sneak.

The images from this game somehow got set into people’s minds about what it is like in Green Bay. Regardless of the season or temperature, people think it’s always cold and freezing and all we do is watch football and eat our famous excellent cheese. Well now we shop too! That is, when we’re not building new stores.

Smet is a member of the ICSC and we’re proud of our work with national and local retailers. If you’re making a trip to check out the “Frozen Tundra” remember to call us to see how we can help with your market analysis and retail build outs. And don’t forget to bring home some of our excellent cheese!