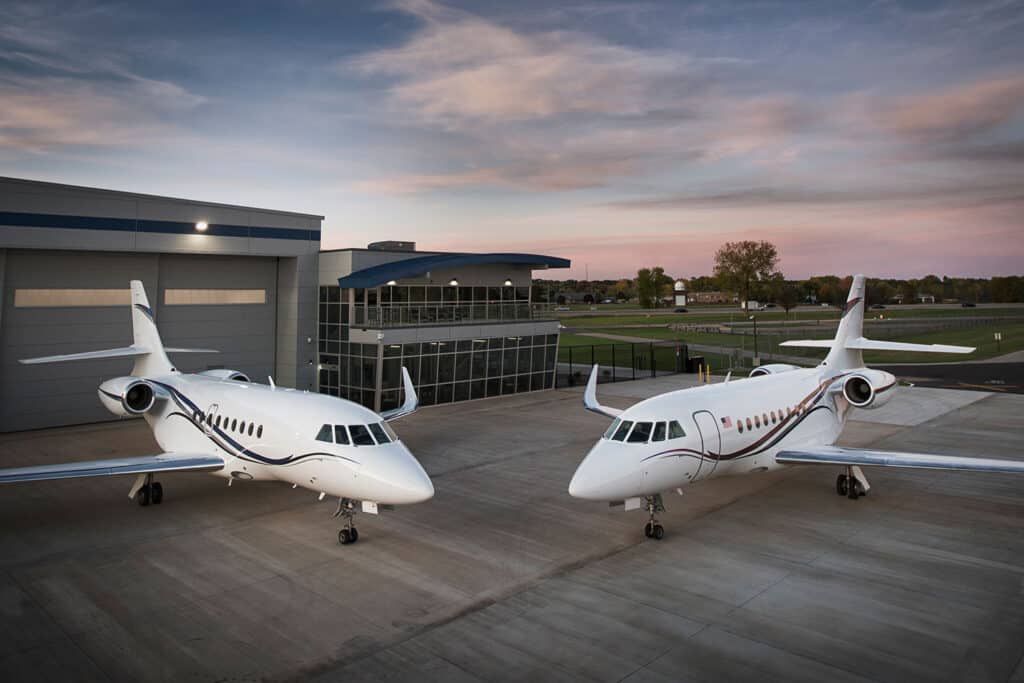 Residents of Green Bay, Wisconsin, may have felt that they experienced an alternative universe as they passed the once-empty parking lot on Airport Drive. Over the blink-and-you-miss-it timeline of October 1, 2016 and August 31, 2017, the lot was transformed into a five-building combined site for Green Bay Packaging—including a 25,200 square foot airplane hanger. Utilizing both conventional and pre-engineered construction, Star builder SMET Construction Services Corp., the general contractor on the project, teamed up with M.R. Neubert Construction LLC in erecting the steel and architecture firm Fisher & Associates LLC.

The final product includes the hanger and mezzanine, equipment bay, offices, parking garage, and lobby.
In building the site, a total of 30,705 square feet of insulated horizontal concealed CF architectural panels and CF Light Mesa panels in regal gray, slate gray, and cobalt blue were used so that there was consistency across all five structures. 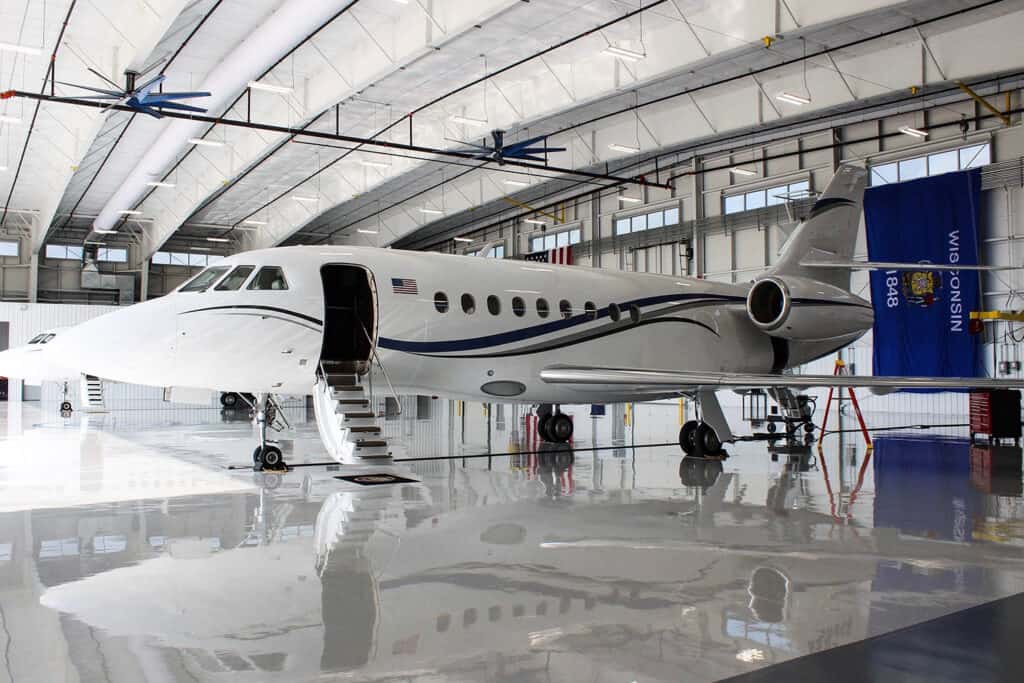 Using both conventional and pre-engineered construction provided benefits to SMET. Because the two-story office and lounge was designed with radius steel beams in the canopy and two stories of glass in the viewing area, conventional construction was utilized (although for consistency the exterior envelope was clad in the same Star panels) while the main hanger was being fabricated off-site. Although they were done separately, the overlap in fabrication lead to both buildings being constructed without a pause between the two.

“I wouldn’t say they went up together, but when we got done with (the pre-engineered hanger), we were setting the steel for the conventional building,” explained Jeff Schounard of SMET Construction who acted as Site Superintendent of the project. By overlapping the necessary work, “it was a seamless erection of both entities without a lag time between.” 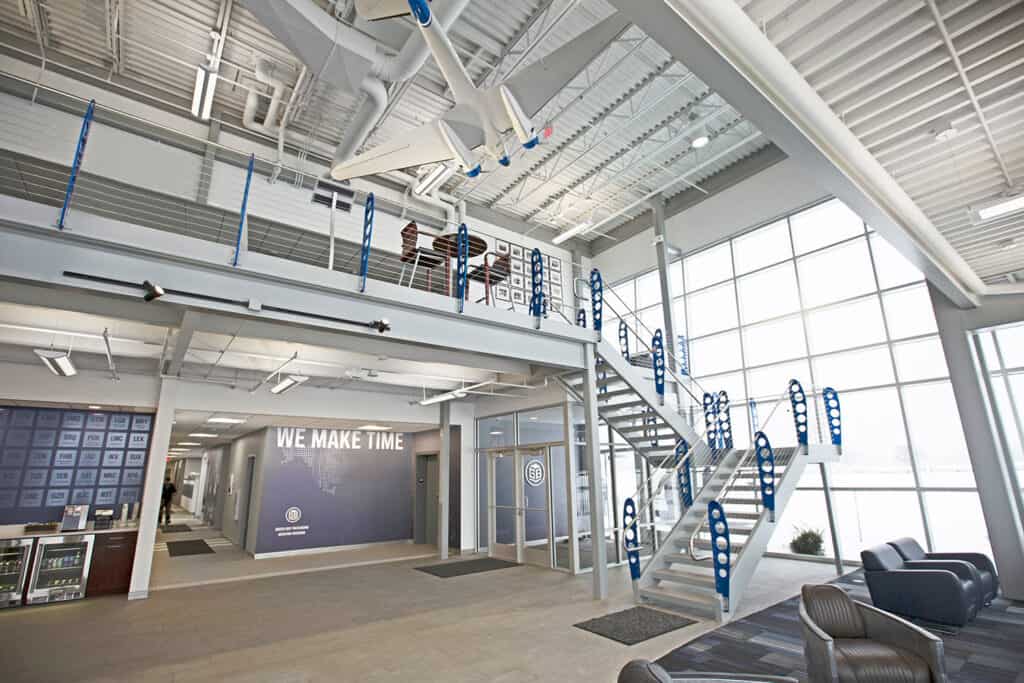 Although Schounard said this means of construction isn’t more or less difficult than using one means over another the difference is in that the use of both pre-engineered and conventional construction is “about being very precise with the coordination and architectural aspects. You’re really relying on the pre-engineered drawings in order to construct and develop the structural steel conventional portion of the building.”

Building an airplane hanger in Wisconsin with its heavy winters meant additional considerations to the design and building as well. In-ground heating pipes were installed under the concrete where the company planes are parked to about 6 feet down the outdoor ramp from the 190 foot by 28 foot rolling hanger door to create a safer environment in icy conditions. 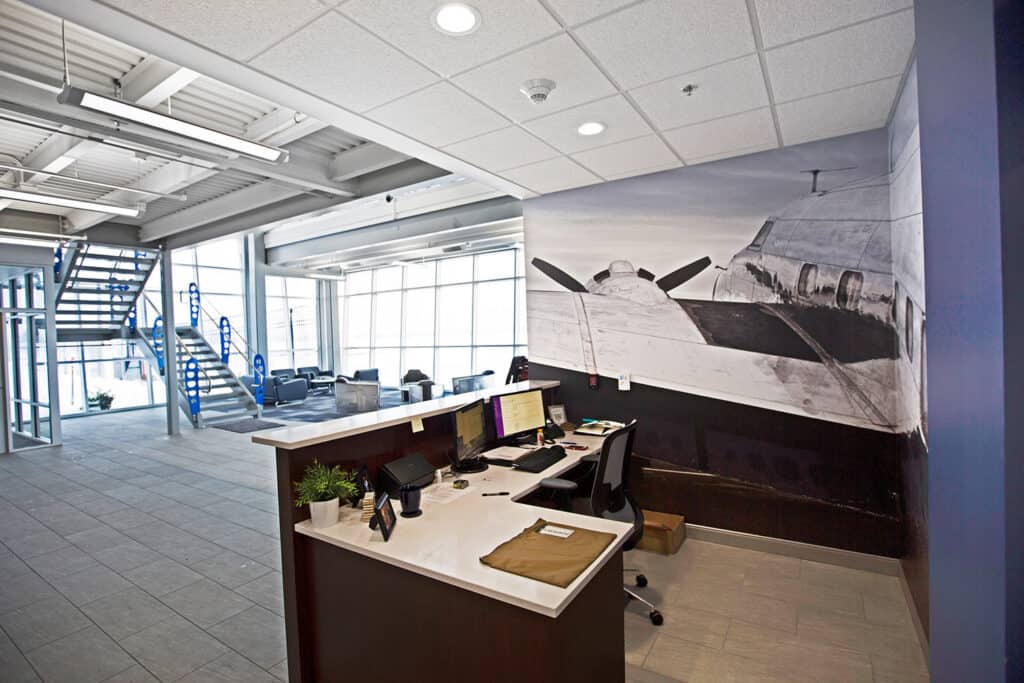 “It’s a very expensive way to heat a building,” Schounard admits, “but in this case for safety and to insure the doors will open in the winter without freezing up, to keep snow and ice clear from those door areas, and the excessive times these doors will be opened—because they’re so large they take a considerable amount of time to open and close—this was a bit of a different way to accommodate safety and reliability on the operation of the [hanger] doors.”
Bob Pauzé, Project Manager at SMET Construction, added, “[Green Bay Packaging] has customers that come through and their own internal personnel that fly out of that hanger, so [in-ground heating] certainly addressed the need to make things easier and safer; it was a feature that made things easier for them from a maintenance and safety standpoint.”

Wind loads were also a point of concern, said Pauzé. To address the high winds and potential for freezing temperatures, Star provided 3” thick foam-injected panels that overlapped with a tongue and groove seam. “Because of the possible air infiltration of any other type of panel, it was important that those types of panels were used on the exterior,” interjected Schounard. 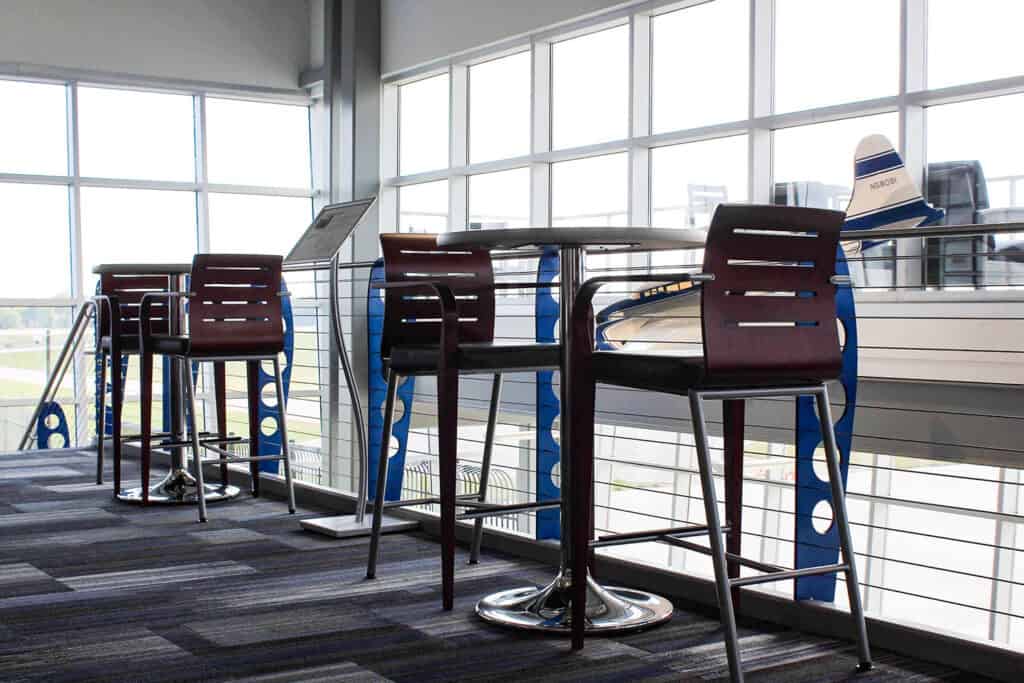 The use of panels did more than insulate, however. By using the same colors and types of panels for the envelope of all five buildings, there was an added layer of branding for the family-owned-and-operated company.

“Green Bay Packaging is a family-oriented company, they take good care of their people; they’re all about family,” explained Pauzé. “It was important to them to bring in a company that understood their vision of bringing the corporate and family together. You walk through, and you have the history of Green Bay Packaging and of the family that, as a whole, grew with this company throughout the years. That was a pretty cool aspect to bring into the building.”

Due to the innovative design and use of Star Building System products, the Green Bay Packaging Private Hanger tied for Star’s 2018 Master Builder of the Year award.